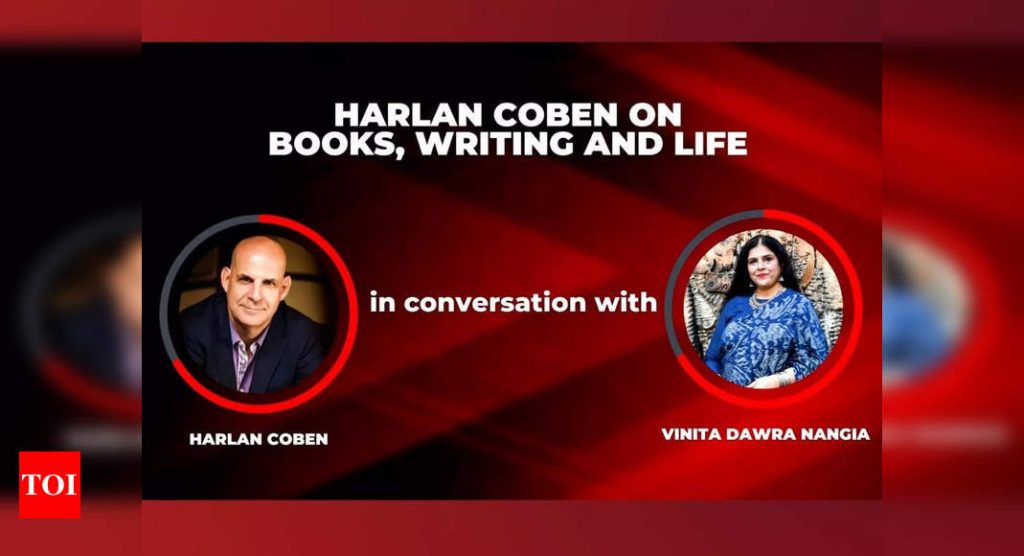 TV work is my side job, my main work is to write novels: Harlan Coben on books, writing, and life – Times of India

There is hardly any mystery or thriller lover who hasn’t heard the name Harlan Coben. A popular author of globally bestselling thrillers and the creator and executive producer of some fan-favorite web shows like ‘Safe’, ‘Stay Close’, ‘The Stranger’, and ‘The Innocent’, Coben’s thrillers have been published in 45 languages and have been a bestseller in more than a dozen countries.

In a recent interaction with Vinita Dawra Nangia, author, columnist, and Executive Editor of Times of India, Coben talked about his books, writing process, life, and more. 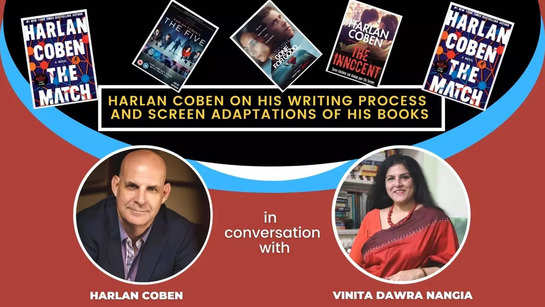 The conversation started off with Vinita asking Coben about the secret behind him writing one novel a year since 2010, in addition, to having written 33 books, with 75 million still in print.

To this, Coben responded, “With TV, the production, and writing the books, you just have to manage your time better. One interesting thing is that they feed off each other. So as most novelists, I am an introvert at heart. I spend most of my time working in a room. TV is the opposite – it is very collaborative. Both these activities feed off each other.

“When I am alone in a room for a long time, I’m happy to go on sets, talk to other actors and creative people. But when I’m on a set for three days or more, I start to lose my mind. I would want to go back to my room and work on my novel,” he added.

Since Coben has also stepped into the movies and television sphere, Vinita asked him whether it interferes with his writing or not. In response to this, Coben stressed the fact that his main work is to write novels, and that is his only priority. “So far it hasn’t and if it does, I will slow down one or the other. The TV work is my side job, my main work is to write novels. That always still takes priority,” he said.

Talking about the common thing many people complain of, i.e. “lack of time to write”, Coben mentioned that it is not true. According to him, everybody has more time than they think, and he never believes it when someone says they don’t have the time to write a book. “They have the time, they just have other priorities that are more important than writing a book. You can wake up an hour earlier, you can sit at a desk during your lunch hour, you can skip that TV show – whatever it is, you can always find more time,” Coben said.

When asked by Vinita whether or not he gets the time to read books by other authors, Coben had an interesting response. “I don’t know any musician who doesn’t listen to music. I just read a little slower. As a writer, a lot of what makes me produce pages is guilt, anger, and self-hatred. Whenever I’m doing anything, I have this guilt in my head that I should be writing,” he shared.

As the conversation steered towards Coben’s journey as a writer, he said that he had “too much of imagination” as a kid. “When I was in college, I had some idea about what I wanted to write as a novel, even though I had taken no writing classes in college. So I wrote a novel in my senior year, which wasn’t good. But from there, I started writing on my own just by reading and watching others.”

In an interesting turn, Coben revealed that he believes himself to be one of the few writers who recommend others to do less research. Justifying this, Coben said, “Research is more fun than writing. So instead of researching first, I would suggest you write first and think about the research later. Don’t let the research stop you from writing. Secondly, people who do a lot of research tend to slow down the story.”

On this, Vinita stressed the fact that this might be the reason that Coben’s stories move fast and the reader or viewer wants to know what happens next. “When I’m reading or watching one of your shows, it’s like I am dwelling in that world and every time I am pulled out of it for my meal or work, I am eager to get back into it. That quick movement and being totally involved in the story – that’s amazing,” she pointed out.

Furthermore, talking about his writing process, Coben said that his method “is to not have a method as I keep changing it up.” Giving an example, he explained, “Before Covid, I almost always worked out of the house. Some years ago, I took an Uber from New Jersey to New York. I felt guilty for spending too much money on an Uber so I started to write in the back. And I wrote really well. So for three weeks, I took Ubers wherever I went and finished ‘The Stranger’!”

“The key piece of writing advice I would give people is that if it helps you produce pages, good. If it doesn’t, bad. So whatever produces pages is what I do,” Coben added.

READ MORE: 14 books recommended by Madeline Miller you should read