Veteran Bollywood actor Ranjeet has shared an adorable throwback memory on Instagram. Posting a picture from a film premiere with his baby girl in his arms, Ranjeet wrote, “My daughter was the youngest baby to attend the premiere of Rakesh Roshan‘s Film and she never cried during the screening of the film.” The veteran actor is snapped cradling his daughter while talking to Rakesh Roshan, who sported a black shirt and white jacket for the big day. 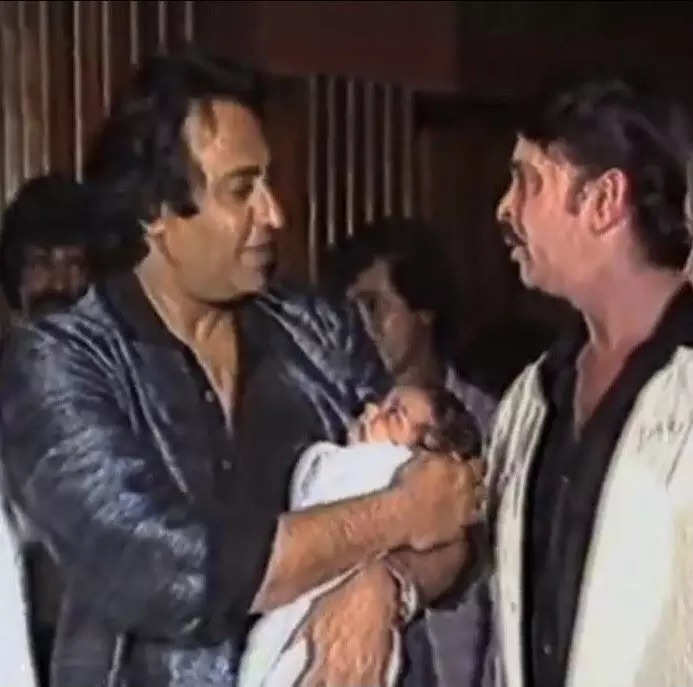 Ranjeet’s daughter Divyanka Bedi is massively into fitness and design. He also has a son, Jeeva. Born as Gopal Bedi, the actor was rechristened as Ranjeet. He created a unique identity for himself with impactful negative roles.

Just before his debut, Ranjeet’s name was changed for his onscreen persona. Sharing the story behind the same, Ranjeet had told ETimes, “Once, when we were driving down to Jaisalmer from the remote location where we were shooting, Dutt saab pointed out that since there were two comedians–V Gopal and Gopal Saigal–and also a popular journalist by the same name, I should change my name. I asked him to give me one and when he asked which alphabet I preferred, I quipped ‘R’ without much thought. Immediately, he came up with ‘Ranjeet’ and that was that. I had read about king Ranjeet who was very famous but also blind in one eye and had a pock-marked face (laughs). He instructed his team to credit me with my new name in the film. Thankfully, I could make him proud of me.”