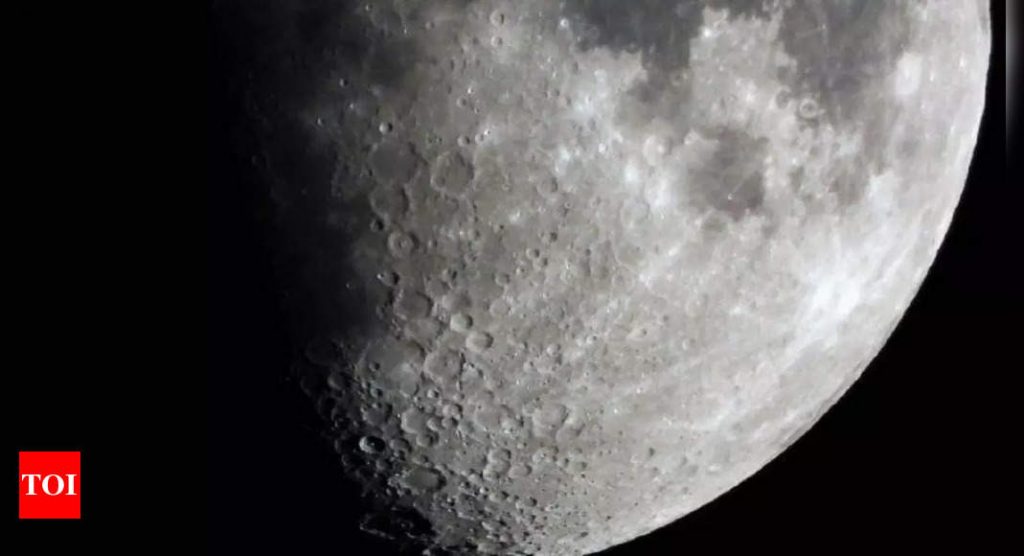 PUNE: A US research team co-led by an Indian-origin space scientist who once dabbled in Tamil movies claims to have found near-conclusive evidence that a “rocket stage” from a 2014 experimental Chinese lunar mission rather than Falcon 9, built by Elon Musk’s SpaceX, will slam into the far side of the moon on March 4.
Vishnu Reddy, whose journey to the University of Arizona from a village near Andhra Pradesh’s Sriharikota is an odyssey in itself, said the rocket believed to be on a collision course with the moon belongs to the Chinese Chang’e 5-T1 mission, an experimental robotic spacecraft.
On how he and his team arrived at this conclusion, Reddy, who once also worked as a journalist in New Delhi, said, “We took a spectrum that can reveal the material make-up of the object and compared it with Chinese and SpaceX rockets of similar types…It matches the Chinese rocket.”
Reddy said he and his team members, including university students Grace Halferty, Adam Battle and Tanner Campbell, found what appears to be “the best match, and the best possible evidence at this point”.
The original, mistaken identification of the straying rocket body as being part of the upper stage of Space X’s Falcon 9 came from Bill Gray, who manages Project Pluto, a software that tracks near-earth objects.
Gray published an explanation on February 12 as to why he erroneously identified the rocket as being part of Falcon 9. “The object had about the brightness we would expect and had showed up at the expected time and moving in a reasonable orbit. This suggested that it was Space X’s Falcon 9,” he said.
The explanation came after he received a note from Jon Giorgini, an engineer at Nasa’s Jet Propulsion Laboratory, pointing out that DSCOVR’s – short for Deep Space Climate Observatory – post-launch trajectory did not take it all that close to the moon. It was flown by Space X’s Falcon 9.
Based on further research, Gray wrote that he became convinced that the moon-bound rocket stage was from the Chang’e 5-T1 mission.
The group of researchers co-led by Reddy performed their observations on the nights of January 21 and February 7, before Gray published his correction.
Recalling what inspired him to take to space, Reddy said, “it was the ’80s, and I was living in a village with spotty electricity; so I spent a lot of time being in the dark, and would always gaze at the sky and wonder about its many mysteries.”
His father wanted him to become an actor and, after some discussion, they reached an agreement. Reddy agreed to study visual communication at a college in Coimbatore if his father bought him a telescope.
His application to various Indian observatories evoked a lukewarm response. Before heading to the University of Arizona, he joined the National Observatory in Brazil’s Rio De Janeiro, focusing on asteroids that hit earth. In 2011, Vishnu worked with the Max Planck Institute in Germany, then on a Nasa mission called Dawn Mission.
Currently, he and his team are studying to find out whether an asteroid will hit earth in the next 100 years. They plan to launch an infra-red telescope around 2025.