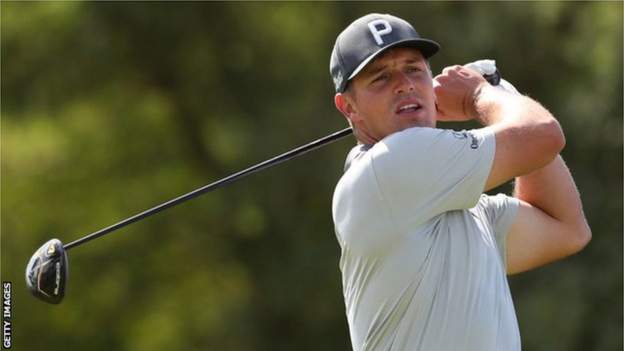 Top professional golfers may be forced to use equipment that makes the game tougher to play while recreational amateurs would employ clubs and balls developed to make good shots easier to hit.

As golf’s governing bodies wrestle with ever increasing distances achieved by top pros such as Bryson DeChambeau, separating the elite game from the one played by humble hackers looks the favoured option.

In an updated list of “areas of interest” published today, the rule makers suggest that the “sweet spot” on drivers used by top pros could in future be reduced to make sure that the longest drives are only achieved by the most accurate swings.

“This is opening up the next stage of the dialogue so we can look at a solution together,” Professor Steve Otto, the R&A’s chief technology officer told the BBC. “This is a complex problem that requires a complex solution.”

DeChambeau, the currently injured US Open champion of that year, blasts his drives on average more than 320 yards and is by no means alone in smashing his ball vast distances.

The authorities are also considering dampening the springlike effect of metal club faces that help propel the ball off the tee. They have already shortened maximum shaft lengths for all clubs apart from putters from 48 to 46 inches.

Now there is the prospect of seeing leading players having to use drivers with a size reduction to the club head itself.

“They would potentially move to smaller heads,” said Otto. “But it’s how they perform, it is about making the sweet spot tighter, reducing the forgiveness.

“So if you hit the centre of the driver you still get the same distance, but if you move off to the side you are more penalised.

“Modern clubs are quite forgiving and that is something the elite game has been able to exploit.”

But the average handicapper is unlikely to be affected. The use of “Model Local Rules” enables changes to be limited solely to elite players.

Indeed, there is a desire to allow manufacturers to produce equipment that would make it even easier to play for those who compete in mere monthly medals or for a friendly fiver.

“We are interested in what innovation space on both clubs and balls might be made available to recreational golfers going forward,” Otto said.

“This does open up the prospect that we could see innovation which would help them maintain their distance, get more forgiving clubs and that could be good for them.

“In the Distance Insights Report we had lots of golfers who thought distance was a problem, but not for them. They would welcome more distance themselves.”

There are fears that historic golf layouts, such as the Old Course at St Andrews which stages the 150th Open this year, may prove too easy for the modern generation of top players.

Extra resources required to maintain ever expanding courses and subsequent environmental impact are also cited as reasons to clamp down on the biggest hitters.

The governing bodies are working with manufacturers and leading professional tours to try to find agreement that restrictions are needed at the top end of the game.

They now plan to measure the impact of swing speeds of at least 125 mph, up from 120mph. DeChambeau averages 132 mph and has achieved 139 mph.

“It’s a reflection of people hitting it harder, having evolved through the decades,” Otto added.

Stakeholders have until September to feedback observations and there remains a lengthy period before the distance issue is settled.

“We will work with the industry to understand when they might be ready, if this is the solution route we go down, to bring it forward,” Otto stated.

“This is a long term thing. I think we are talking in multiple years rather than single years.”