The SPFL are “very hopeful” capacity crowds can return to matches after the three-week cap on attendances over the festive period amid rising Covid cases.

The Premiership has brought forward its winter break after a Scottish government limit of 500 people was placed on outdoor events from Sunday.

“Ten out of 12 Premiership clubs wanted to postpone games,” he said.

“All the signs are that Omicron appears to be less serious than previous variants of Covid-19.

After the fixtures on 26 December are played with vastly reduced crowds, there will be a three-week pause and the league will resume the day after restrictions are due to be lifted.

Two rounds of games have been rearranged, including Dundee, Edinburgh and Glasgow derbies.

“It’s really important – the clubs felt this – that we should give every possible chance for fans to be present at what are key games in the fixture calendar,” Doncaster told Good Morning Scotland.

“New year games, new year derbies in particular commercially are worth a huge amount of money to the membership.”

Later, Doncaster told Sky Sports the league were hoping to receive some financial support from the Scottish government amid the impending Covid measures.

‘We’re back into our bubbles’

St Mirren’s attempts to have Wednesday’s league meeting with Celtic postponed were unsuccessful and the Paisley club fielded three teenagers in the 0-0 draw after 11 players tested positive for Covid.

Elsewhere, Hibernian beat Aberdeen and St Johnstone lost to Ross County in the last Premiership games of 2021 played in front of full crowds.x

Livingston manger David Martindale told BBC Radio Scotland the situation at St Mirren “can happen to any football club” and having clarity on fixtures had made his job “a little bit easier”.

“We’re back into our bubbles,” he explained. “We’re into three different changing rooms, four if you include the staff.

“We’ve been living with this for two and a half years at the football club. Covid’s rife, it’s highly infectious at this point.

“I don’t think it’s fair on the players’ welfare that they’re having to go home to their families but they’re asking their families not to interact with other households during the festive period.” 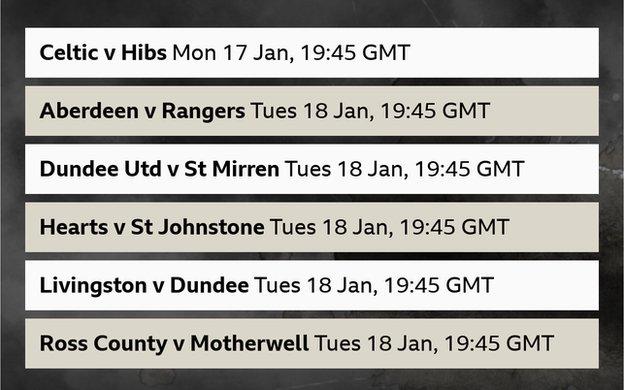 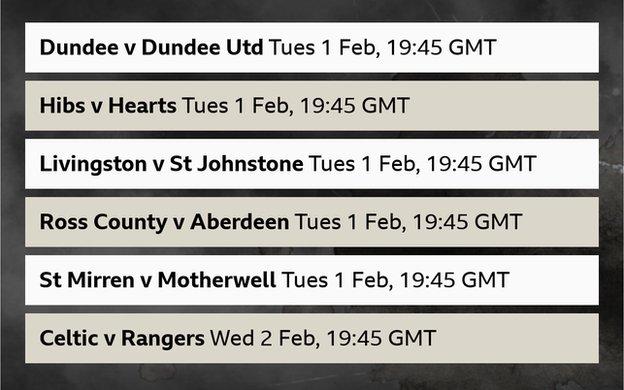