‘What happened? Did I lose?’ – Conlan 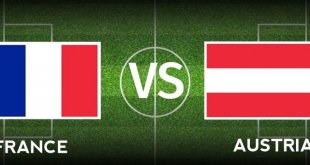 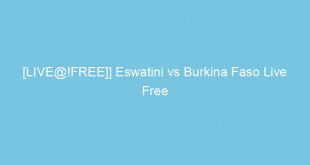 Michael Conlan says he is “devastated and heartbroken” after being knocked out in the final round of Saturday’s WBA featherweight title showdown with Leigh Wood.

Having dropped Wood in the first round, Conlan was leading on the cards heading into the 12th and final round.

But Wood produced a knockout which saw Conlan unconscious for “a minute or two” after falling through the ropes.

“When I woke up I was like ‘what happened? Did I lose?’,” said Conlan.

Amid worrying scenes, the Belfast boxer received treatment ringside and was taken out of the Motorpoint Arena in Nottingham on a stretcher.

The 30-year-old woke up in an ambulance on the way to hospital and said “it felt like a dream”.

“I was devastated. I was annoyed, I got a bit frustrated and I was confused. There was a realisation as things started to kick in,” he added after suffering the first defeat of his 17-fight professional career.

After being taken to hospital, Conlan was discharged “within the hour” after having scans, blood being taken and an MRI.

“Everything is clear and there is nothing to worry about. It was nice and quick, and once they got the results back they said I could go,” he said.

“It wasn’t long, I was probably back in the hotel for 2am. It is what it is, I’m heartbroken but I got beat so can’t complain.

“It was just a shot I didn’t see. I turned my head and I wasn’t looking – any shot that’s coming that I could see I could take, but that one got me and took me out.

“It’s the ones you don’t see that are the ones which do the damage.”

‘I want a rematch’

Conlan praised Nottingham native Wood for his muted celebrations while he was receiving treatment following his fall and said the bout, which promoter Eddie Hearn described as “one of the greatest comebacks”, deserves a rematch.

“I want a rematch. I think the performance, with me leading on the cards, deserves a rematch,” he said.

“I think I’ve slept an hour. I’ve been on my phone looking at things. I’ve been off social media so I was seeing everything and there was loads of positive stuff.

“At the same time, I lost. I hate losing. It’s the worst feeling in the world for me.”

Conlan said he spent the night watching the fight back and said he was surprised Wood recovered from being knocked to the canvas in the first round.

“It was a great shot and he fell like a bag of bricks. I was surprised he got up and then he had a minute to recover.

“Like I said in the build-up, he has big heart.

“I slipped in the 11th and that really annoyed me. There might have been a punch thrown at the same time, but it was legit a slip.

“That changed the whole plan for round 12. I was going to box and move, I felt I had to win it.

“I know it was a good fight and I was in control. There were things in there I should have done better, and at the end of the day I am at fault and I am the guy who lost.”