Who is the greatest Six Nations coach? 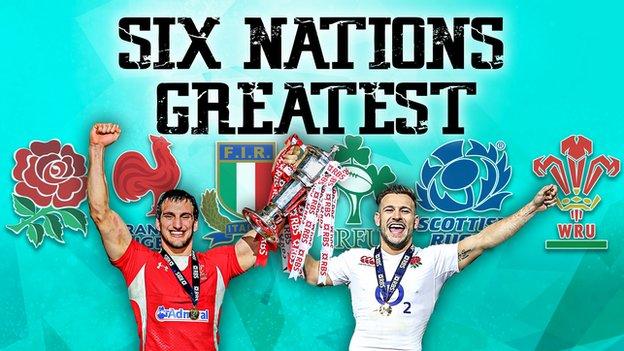 If the formula is right, they will have you “running through brick walls”.

Many coaches have found many ways to build a Six Nations-winning team, but which is the best of all?

They are ranked below from sixth to first. Have a read and then rank them yourself at the bottom of this page.

Care: “He is the most ruthless coach, and I mean that in the nicest possible way. He knows every aspect of the game inside and out.

“I remember the first team meeting we had, this was in 2015. We were the worst team in the world because we bombed out of our own World Cup.

“And it was hard, it was very hard and lo and behold, England were there four years later.”

Warburton: “I loved playing against Ireland but it was tough on the body. I always found Ireland one of the most physical games I played in. That was the Joe Schmidt blueprint. It sounded like it was a tough regime for those Irish players, but it worked.”

Care: “Whenever you talk about Clive Woodward, you also talk about that England team being one of the greatest teams ever in world rugby.

“Matt Dawson said he thought England’s infrastructure was far superior to many of the other countries at that time – the money within the game, the players they had and the facilities they were training at were so far ahead of most, that they should have had that success.

“Obviously, you’ve still got to go and deliver. Clive was an unbelievable coach to win those titles and you also have to throw the 2003 World Cup into the mix.”

Warburton, who worked with Gatland as Wales and British and Irish Lions captain: “He was really good at gauging where the lads were. Say you’ve had a big training week, you have your big meeting for the Thursday session and we’d have the full 15-minute meeting, quite emotive, it’s getting close to the game.

“I remember him saying, ‘How you boys feeling?’ and we were thinking, ‘we’ve had one hell of a training week, it’s been tough’. He just said, ‘right, training’s off’ and walked out the room. He would have spoken to the fitness staff, he knew when to pull back volume.

Warburton: “Looking at Laporte’s record, of 40 games in the Six Nations under him, France won 30. They won four titles in six years and two Grand Slams.

“I’ve had breakfast with him in the south of France. In 2013, I went out to Toulon [when Laporte was the club’s head coach]. I met Bernard Laporte and the owner. We had breakfast at this beachside restaurant.

“He was a really nice guy. He seemed really hot on discipline. He actually suspended his own captain Fabien Pelous for discipline because he said you have to be the most disciplined side in world rugby.

“I thought he was a coach I would have wanted to play for but it wouldn’t have been right for me to move to Toulon back then.”

Warburton, who was coached by Edwards throughout his Wales career: “He was so good at making you reach an emotional peak.

“He would have three or four key messages and he’d drill them in all week. Non-stop reminders of what you had to deliver.

“You would do anything to earn Shaun’s respect. He has people running through brick walls for him.”