Faraz Arif Ansari’s ‘Sheer Qorma’ starring Swara Bhasker, Divya Dutta and Shabana Azmi has been touring the world garnering praise from all quarters this entire year. In what can be claimed as another feather in the hat, Swara has now bagged ‘Best Actress In Supporting Role’ award at the Soho London International Independent Film Festival 2021. 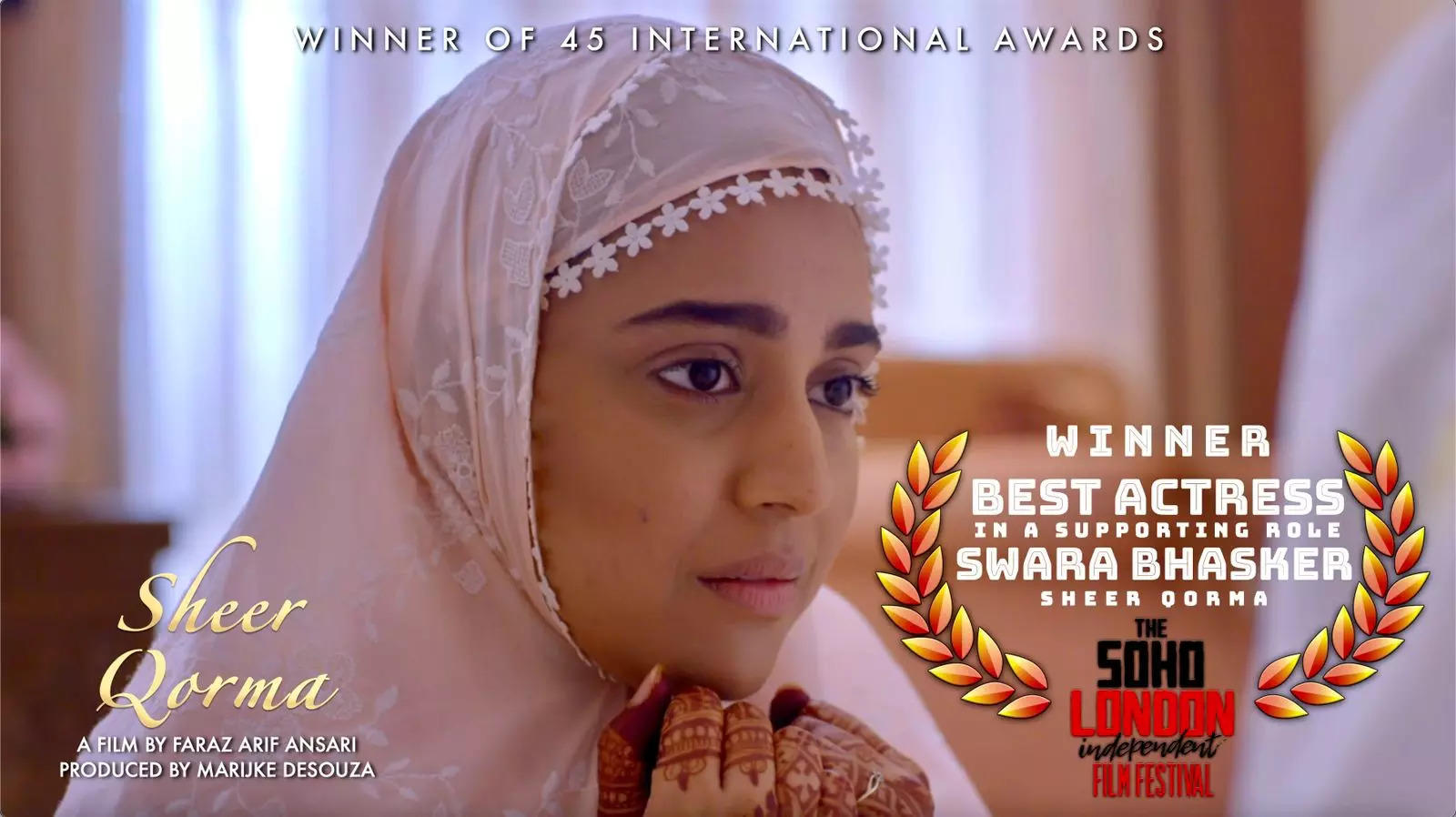 Sharing her reaction to the same, an excited and thrilled Swara said, “I am so happy and honoured to win the best supporting actress at the Soho International Film Festival in London for ‘Sheer Qorma’; which is a film very close to my heart. When I read the script, I knew that this was a film that was not just important for the issues it raised but it was universal in the manner in which it told the tale – ultimately a story of love- the love of two souls, but also the love of parents and children. Sitara’s character is actually a lovely part because is embodies the love and gentle acceptance that the film communicates; but she also signifies the sorrow and trauma of unacceptability that marks the lived experience of so many queer people across the world. Faraz has managed to weave all this complex emotional experience into the character of Sitara beautifully and I thank the jury for thinking I did justice to it. I’m honoured and humbled.”

After the director shared the news of her big win on his Twitter handle, Swara also shared the post and wrote, ‘I WON!!!!!!! Woooohooooo! Thank you Farazzzziiiii for trusting me with Sitara! Thank you Marijke for telling this story! Thank you Shabana ji & Divya ji for being you- you made me rise! So happy, so honoured, so humbled! Red heart #lovewins’

Check out the Tweets here:

I WON!!!!!!! Woooohooooo! ✨✨Thank you Farazzzziiiii for trusting me with Sitara! Thank you Marijke for telling… https://t.co/1BGW6RUvjH