They Called Ukraine Home. But They Faced Violence and Racism When Fleeing 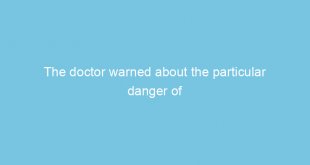 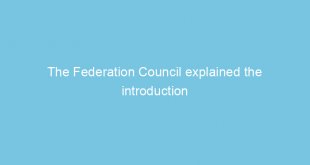 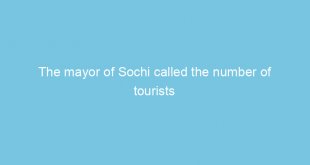 For Grace Kass, Ukraine was home. Sure, it could be unwelcoming for a Black woman, and she would never get used to its bitterly cold winters, but it’s where she had lived for the past seven years. The 24-year-old, from the Democratic Republic of Congo, had come to Ukraine’s second-largest city of Kharkiv as an engineering student and stayed on, forging a successful career as a make-up artist.

She knew its parks and fountains, she learned Russian and some Ukrainian, she made close friends—in a word, she belonged. “This was not just a place where I lived, I was making something of my life,” Kass says, fighting back tears in the train station of the Polish city of Przemysl on the border with Ukraine.

Read More: Here’s What You Can Do to Help People in Ukraine Right Now

It was Monday evening and she had fled Ukraine overnight, on Feb. 27, the fourth day of a full-scale Russian invasion of Ukraine. She made it out just in time: a day after leaving Kharkiv in northeastern Ukraine, the city was bombarded with Russian rockets that killed dozens of civilians. But when Kass reached Lviv in Ukraine’s west near Poland, joining the heaving crowds desperately trying to board trains for safety, she says she encountered hostility from the Ukrainian military, who were dividing people into two groups: those who were white, and those who were not.

“We entered the train last,” Kass says, describing how she and other African women were forced to wait outside as snow was falling, while white women and children were allowed to board before them. She believes her gender is the only reason she was spared being beaten. Groups of Nepalese, Indian and Somalian men described to TIME how they were kicked and beaten with batons by Ukrainian guards who later begrudgingly allowed them to cross over, on foot.

Later, when Kass’s train stopped for 17 hours at the Polish border, she says Ukrainian train guards gave out bread and sausages to passengers. But they passed by Kass and her African friends. “By the time it was our turn, they threw us the ends of stale bread,” she says. After spending more than a third of her life in Ukraine, she felt let down. “It was a traumatic experience.

Enock Tshimanga, a student from Congo, at the Medyka crossing on March 1.

The Crisis Media Center in Lviv did not respond to a request for comment. Ukrainian MP Lesia Vasylenko denied Ukrainians were being given preferential treatment. “There is no fast track,” she tweeted on Monday, describing the reports of maltreatment as fake news.

More than 660,000 people have left Ukraine for Europe since the Russian invasion began on Feb. 24, according to the U.N.’s refugee agency. (Fighting-age Ukrainian men have been ordered to stay behind and fight Russia.) Up to 4 million more could flee if the situation deteriorates further, the U.N. says, creating a migrant crisis not seen in Europe since World War II. Poland, Ukraine’s largest neighbor after Russia, has received around half of those refugees so far. Tents with food and medics have sprung up along the border to deal with the massive outflow of people.

Refugees await transportation on the train platform in Przemysl, Poland, on March 1.

Though a majority-white country, Ukraine has a diverse, multiethnic population including Tatars, Jews and Roma, as well as small communities of Black and Asian Ukrainians. In recent decades, the country earned a good reputation among the mostly African and Asian nations who send some 80,000 of their citizens there to study. And while Ukraine provided them with a relatively comfortable life, many now feel betrayed. TIME spoke to several dozen people on the border with Poland who described discrimination by the country that had once welcomed them with open arms.

Now safely across the border, refugees of color were also dismayed by the continued preferential treatment for Ukrainians in the official Polish response and from ordinary Poles. On Tuesday night, NGO Humanity First Germany said members of its team were attacked by a group of Polish men in front of the Przemysl train station and told to “go back to their country”, Polish liberal news site OKO.press reported.

In recent years, Poland’s right-wing government has taken a hard line on asylum-seekers trying to enter the EU nation. This culminated in a showdown with neighboring Belarus over the winter, when the Polish army continually pushed back asylum seekers into a forested area in freezing temperatures. Over 20 people have died, according to Medecins Sans Frontieres.

Karen poses for a portrait at the Medyka crossing on March 1. Karen had her nails done for Valentine’s Day and couldn’t believe how much has changed since.

The beneficent response to fleeing Ukrainian citizens represents a marked departure. “There’s a difference in welcoming Ukrainians not just for the political reasons—you know, to counter Russia being the aggressor here—but also because Ukrainians are largely white, Christian Europeans rather than Middle Eastern and African individuals who are seeking safety,” Daphne Panayotatos, advocate for Europe at Refugees International, told TIME on Feb. 23.

In the Polish border village of Medyka, where recent arrivals from Ukraine threw polyester blankets onto bonfires to keep warm in the freezing cold, others reported discrimination at the border on their way out. “Ukrainians treated us alright as they saw us as money,” said Ashraf Muslim, a 23-year-old from Morocco, sitting on the curbside with his wife, dentistry student Lina Kuretta. Their pet Pomeranian searched for discarded pieces of kielbasa amongst the trash. Muslim was in the final year of his medicine degree in the central Ukrainian city of Poltava, where tuition costs $10,000 a year. “The moment we became useless to them, they turned us into bums,” he said. Muslim and Kuretta spent 60 hours in their car at the border pleading with Ukrainian officials—in fluent Russian—to allow them to join the column of vehicles snaking out.

Refugees at the Przemysl train station await transportation on March 1.

Nearby stood 22-year-old medical student Ahmed Mohamoud Abdullahi, who was trying unsuccessfully to call his parents in Somalia to let them know he was alive. His cell phone’s screen was smashed, the victim of the previous night’s skirmish with an armed Ukrainian border guard. He had arrived in Ukraine in December after an arduous visa process, and was just getting to grips with the language when the invasion began.

Once in Poland, people with Ukrainian passports are able to take advantage of Kyiv’s visa-free access to neighboring E.U. countries, a policy in place since 2017. Now, support from Poland since the invasion means that Ukrainian nationals can access Polish trains for free, and some medical services. Solidarity between the Slav neighbors, which share a similar language and a border that stretches for more than 300 miles, has extended to villagers lending their bedrooms and homes to total strangers, and volunteers ferrying stranded Ukrainians back and forth from border towns to the larger cities.

Parvinder Singh from India said he spent three days waiting to cross the border without food, water, or sleep, while white Ukrainians passed through much more quickly

In normal circumstances, people from African and Asian countries need to apply for a Schengen visa to enter most E.U. countries, but the European commissioner for home affairs, Ylva Johansson, said on Monday the borders are open to people from third countries who were in Ukraine, and want to travel to their home countries.

Poland’s border guard has said it is welcoming all refugees from Ukraine, regardless of their nationality. But at the train station in Przemysl, Africans and Afghans were being forced back into lines for trains going west. “Unfortunately, Ukrainians are being given priority,” said Oscar Broz, a 30-year-old Polish volunteer. He said he advised foreign citizens to pretend they had lost their passports to be allowed onto Polish intercity trains. Polish authorities are “aware of some problems” surrounding access to official help for non-Ukrainian citizens, Marcin Sośniak, head of the Equal Treatment Department of the Human Rights Commissioner, said in written responses to questions from TIME.

Refugees at the Przemysl train station attempt to board a crowded train to Krakow on March 1.

For Kass, the makeup artist who escaped with a small leather bag without “even a single make-up brush,” the thought of returning to her hometown of Matadi on the DRC’s Atlantic Coast is not an option. She will go to the Polish capital, Warsaw, and from there, try to move to a French-speaking country in Europe.

In Kharkiv, her clients were mostly African students. Lavishly making up women for weddings was her favorite part of the job. “I wonder where they are now,” she said. “I hope they are still happy. I hope they are out.”

—With reporting by Jasmine Aguilera/New York

Previous nasa: NOAA’s newest earth observing satellite launched by NASA, ULA – Times of India
Next ‘The trust that goes into it is ridiculous’