Priyanka Chopra dropped her first character poster from the upcoming Hollywood film ‘The Matrix Resurrections‘, but it was the absence of ‘Jonas’ on her social media handles that stole all the attention.

The actress, who plays a prominent role in the film, got her own character poster that sees her in a traditional-inspired ensemble, much too different from the rest of the cast suited in flashy suits and trench coats. 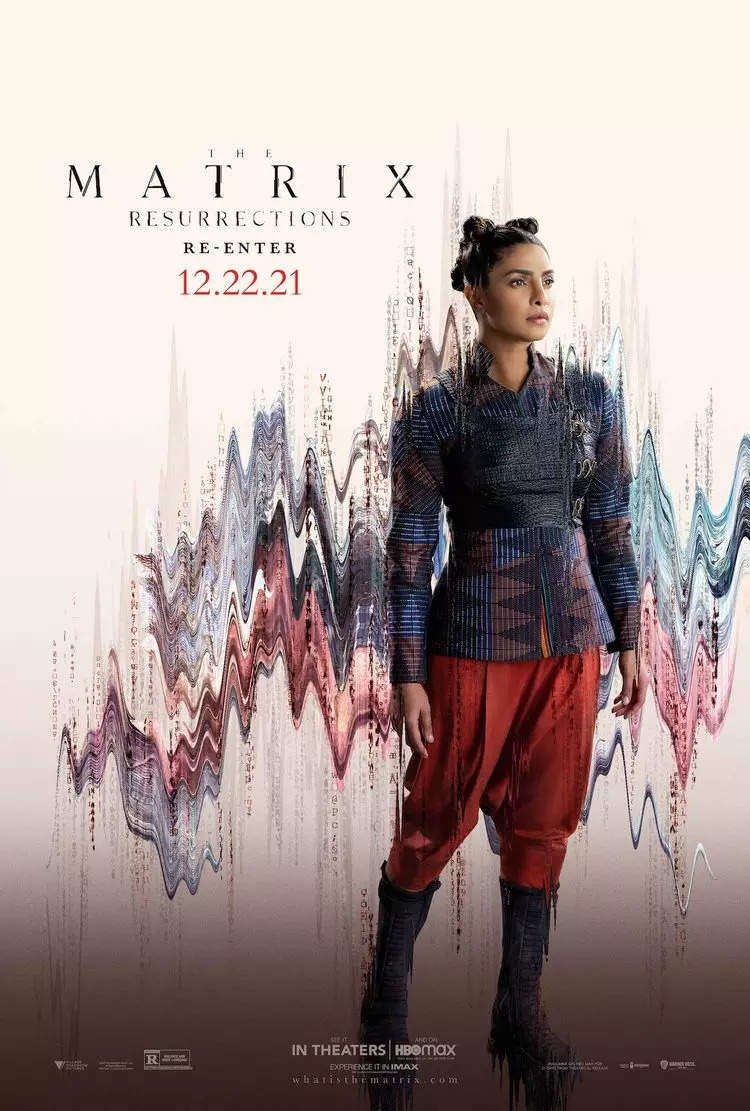 It is hard to miss the almost mystic feel of this poster, that further fuels speculations around her possible casting as the character Sati. Popular fan theories suggest that PeeCee’s character might even be the new Oracle, who sends Keanu Reeve’s Neo on a new adventure.

Re-enter the Matrix with these character posters for The Matrix Resurrections. In theaters and on HBO Max* 12.22.21… https://t.co/ydc9PZQWyp

Sati, originally played by Tanveer Atwal in ‘The Matrix Revolutions‘, was expected to play a major role in the film series.

With all the fuss about the actress dropping Nick Jonas‘ last name, it was easy to miss sister-in-law Danielle Jonas‘ post praising the new poster.

The post was shared on Danielle’s Instagram stories that Priyanka later re-shared on her handle. It came amidst much speculation about Priyanka and Nick possibly calling it quits on their marriage. However, Chopra’s mother, Madhu Chopra, crushed the rumours and dubbed them ‘rubbish’.

Global news portals have been speculating if Chopra removed her husband’s surname as a branding decision or just a personal call.