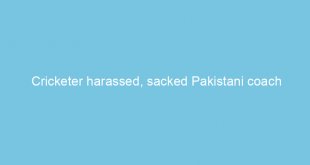 Tourists stranded in St. Martin could not return today

Information and Broadcasting Minister and Awami League joint general secretary Hasan Mahmud said the BNP’s incitement to indulge in indecency was proved by Alal’s demand to withdraw the case.

He was speaking as the chief guest at the inaugural function of the 42nd National Council of Institution of Diploma Engineers Bangladesh at the IDEB building in Kakrail on Thursday. IDEB President Engineer AKM Hamid presided over the conference while General Secretary Shamsur Rahman delivered the welcome address.

Responding to BNP leader Rizvi Ahmed’s statement that “people will not accept Khaleda Zia if she is treated unfairly”, Hasan Mahmud said, Will be recorded. Ziaur Rahman was involved in the assassination of Bangabandhu and Khaleda Zia, like him, has rehabilitated the assassins. They made one of the assassins of Bangabandhu the Leader of the Opposition after the February 15 elections.

During the time of Khaleda Zia, a grenade attack was carried out on August 21 under the direction of her son with the intention of killing the people’s leader Sheikh Hasina. Thousands of our party leaders and activists were killed. Under his leadership, the politics of fire-terrorism and fire-bombing took place in the country, ‘said the Broadcasting Minister.

Despite such cruel behavior of Khaleda Zia, the sympathy and generosity shown by the Prime Minister towards her has never been seen before in Bangladesh. Mentioning the need for the BNP to be grateful for this, the Information Minister said, ‘Khaleda Zia is a convicted accused in the court. If he apologizes to the President, the issue of forgiveness will come up. If he wants an apology, the president can consider it or not. The issue will come up after he apologizes.

Earlier in his speech, Hasan Mahmud termed the Institution of Diploma Engineers as a very important organization and said, “This organization was started by the hand of Father of the Nation Bangabandhu Sheikh Mujibur Rahman. Today, about five lakh diploma engineers are working in the whole country. When constructing a building, it is seen that the senior engineer is sitting in the office drawing, and the diploma engineers are working in the field. The Prime Minister is very sympathetic to the Diploma Engineers. Because, they are working as craftsmen to build the country.

Previous omicron: Omicron spreading in Africa but data suggests ‘less severe’: WHO – Times of India
Next Leach given ‘a hospital pass’ – Tufnell