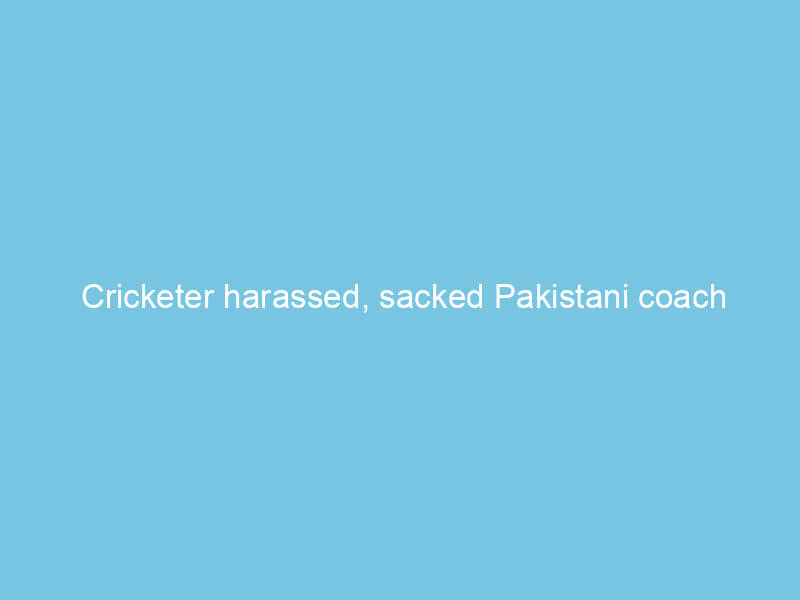 He made his debut for the team that made his first-class debut for Walker Younis. He was a pace bowler like a legend. Both were born in 1971. However, Younis was born on November 16, and Nadeem Iqbal was born on a very famous day, December 16. The pacer, who has never played for Pakistan in his long career of 18 years, chose coaching as his profession. He has also become a national level coach.

He was banned by the Pakistan Cricket Board (PCB) today. He is accused of sexually harassing a woman cricketer and trying to blackmail her.

According to the news agency PTI, the board has decided to investigate the allegations. A PCB official, speaking on condition of anonymity, told PTI: “We are not investigating the crime, it is the job of the police. However, we will try to find out whether he has violated the agreement with us.

At the beginning of his career, Nadeem Iqbal was called a better bowler than Walker. His six-wicket haul in one match in Karachi knocked out National Bank by 20 runs. Despite playing 60 first-class matches, he was never called up to the national team. Nadeem Iqbal was the coach of South Punjab during Ramiz Raja’s tenure as the former chairman. The coach had harassed a cricketer while he was in charge of Multan region.

The woman cricketer told police that she had gone to Multan for trial a few years ago. Nadeem was one of the coaches then. In a video message, he complained, ‘Get close to me to get me into the girls’ team. But after a while he and his friends started sexually harassing me. He blackmailed me by recording them in the video. ‘

Earlier in 2014, five cricketers had lodged a sexual harassment complaint against officials of a private cricket club in Multan. They then said that the officials wanted to take sexual advantage from them by promising to give them a place in the team. Last year, Test spinner Yasir Shah was accused of sexually harassing a friend. Although the allegation was later dropped, the case against Yasir Shah’s friend is still pending.