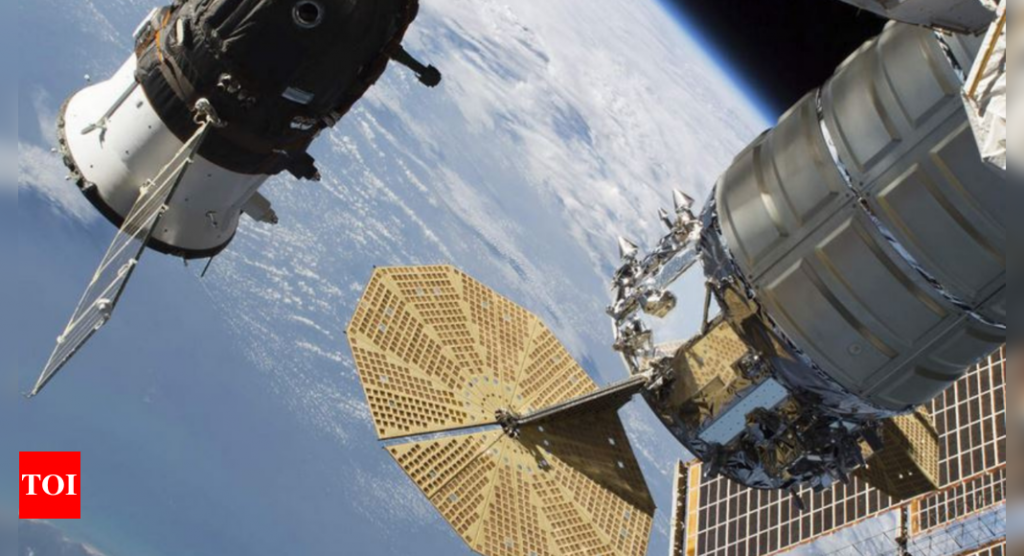 International Space Station will plunge into Pacific in 2031: NASA – Times of India

WASHINGTON: The International Space Station (ISS) will continue its operations until 2030 and will plunge into the most remote point in the Pacific Ocean in 2031, NASA confirmed in a new transition plan released this week.
According to the space agency’s budget estimates, the ISS, launched in 1998, will be “de-orbited” in January 2031.
Once out of orbit the space station will make a dramatic descent before splash-landing in Point Nemo, which is about 2,700 km from any land and has become known as the space cemetery- a final resting place for decommissioned space stations, old satellites and other human space debris, the Guardian reported.
Also known as the “Oceanic Pole of Inaccessibility” or the “South Pacific Ocean Uninhabited Area”, the region around the space cemetery is known for its utter lack of human activity. It’s “pretty much the farthest place from any human civilization you can find”, NASA has said.
This week, the space agency announced a new transition plan for low-Earth orbit science.
Further, NASA has signed agreements with three private companies to launch commercial space stations for use by both private companies and government astronauts. These new commercial space stations will be launched by Blue Origin, Nanoracks LLC and Northrop Grumman Systems Corporation, NASA said.
They’re expected to be operational by the late 2020s, before the ISS falls into the sea, Space.com reported.
Till then, the ISS will remain busy with experiments undertaken both on behalf of NASA researchers and private contractors.
“The International Space Station is entering its third and most productive decade as a groundbreaking scientific platform in microgravity,” Robyn Gatens, director of the International Space Station at NASA Headquarters, said in the statement.
“This third decade is one of results, building on our successful global partnership to verify exploration and human research technologies to support deep space exploration, continue to return medical and environmental benefits to humanity, and lay the groundwork for a commercial future in low-Earth orbit,” he added.
The ISS, about the size of an American football field, orbits the Earth about once every 90 minutes, and has been continuously occupied by astronauts since November 2000.
Last September, a Russian official warned that small cracks had been discovered on the space station that could worsen over time and raised concerns about ageing equipment and the risk of “irreparable failures”, the BBC reported.
The space station was originally intended to operate for just 15 years, but NASA said in a report that “there is high confidence that ISS life can be further extended through 2030”, though some analyses of its viability are still being conducted.