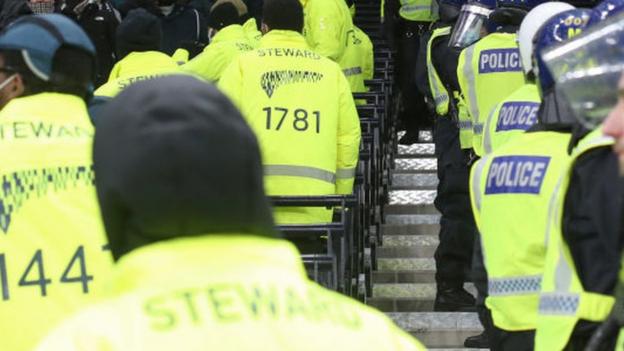 The two sets of fans clashed before the game with several police officers forced to intervene outside the Tottenham Hotspur Stadium.

There were also a number of incidents inside the stadium throughout the game.

The arrests were for violent disorder, actual bodily harm, drunk and disorderly behaviour and assaulting an emergency worker.

One fan was also arrested on suspicion of invading the pitch.

The two teams were competing for a Carabao Cup semi-final spot, with Spurs winning thanks to goals from Steven Bergwijn and Lucas Moura.

Metropolitan Police said a “robust and proportionate policing plan” was in place for the fixture, with officers responding to “sporadic” fighting outside the ground.