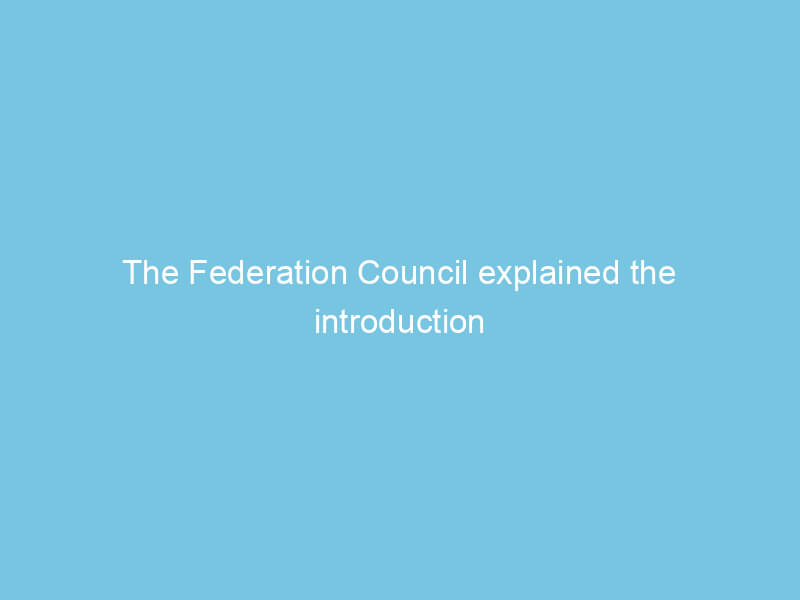 EU countries introduce new sanctions more for their own peace of mind than to harm Russia. Vladimir Dzhabarov, First Deputy Chairman of the Federation Council Committee on International Affairs, told Izvestia on Friday, June 3, adding that the EU has already lost interest in these restrictions, but continues to try to intimidate the Russian Federation.

“We even lost count, because we stopped paying close attention to these packages a long time ago. They, unfortunately for the West, did not bring anything good to them. They can be ignored, because our economy is developing independently of Western countries and the United States. As for the restrictions that are introduced by this package, it seems to me that this is done more for their own reassurance than they are really trying to harm Russia, ”he said.

According to the senator, if the European Union does not like Russian gas and oil, then they can refuse, rather than come up with some complex schemes and issue explanations for their purchase from the Russian Federation. Dzhabarov suggested that the EU countries go to the stock exchange and buy energy resources two or three times more expensive, and then explain to their citizens why gasoline has become more expensive, why electricity prices are rising, why the chemical industry is getting up.

I think that they will have to explain themselves to their citizens, especially when they start electing heads of state in these countries, elections to parliaments are held, then the voter will clearly show how they feel about their foreign policy. Therefore, we must calmly wait for the seventh, and the eighth, but at least the twenty-fifth package of sanctions. I think they themselves have already lost interest in these restrictions, but they continue to intimidate Russia with a stupid obsession. They will not do anything to Russia,” the parliamentarian concluded.

Earlier in the day, the EU announced the final approval of the sixth package of anti-Russian sanctions , including a partial oil embargo. New restrictive measures, among other things, imply a ban on consulting, auditing and PR services for the Russian Federation, and also affect the provision of cloud services.

In addition, we are talking about disconnecting the Russia-24, RTR-Planeta and TV-Center TV channels from broadcasting in the EU.

At the same time, a temporary exception was introduced from the ban on sea supplies of oil and oil products from the Russian Federation for Bulgaria and Croatia.

The press secretary of the President of Russia Dmitry Peskov, commenting on the situation, said that citizens of Western countries are already paying a big price for the imposition of anti-Russian sanctions by their states, the Kremlin is preparing a response to the sixth package of EU restrictions.

The approval of new restrictive measures was the longest ever. EU countries were unable to reach an agreement for several weeks due to disagreements over an oil embargo . As a result, on May 18, the head of EU diplomacy, Josep Borrell, announced the blocking of a new package of anti-Russian sanctions.