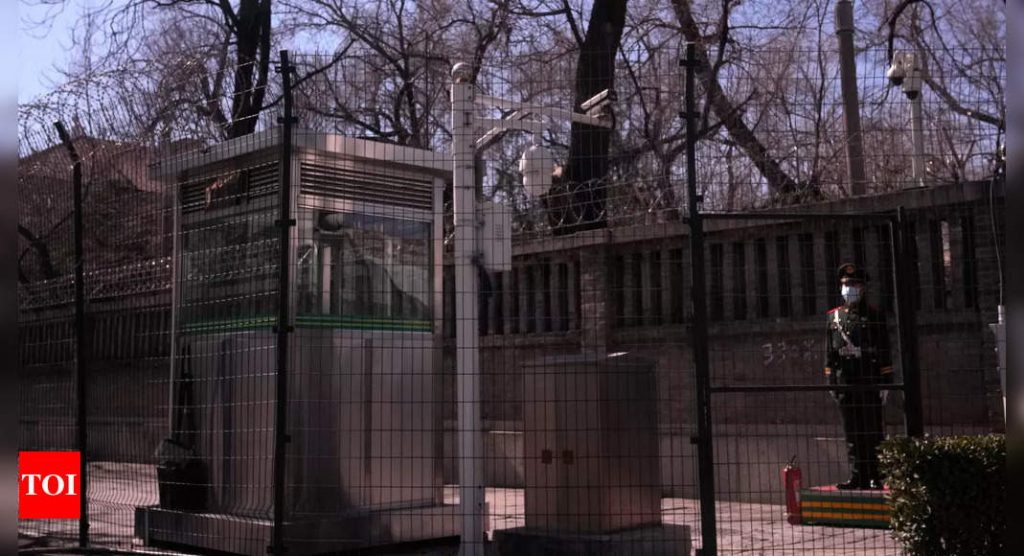 LONDON: China denied on Tuesday claims by US officials that Russia had sought military assistance in Ukraine and accused Washington of spreading “malicious disinformation” that risked escalating the conflict.
“The US has repeatedly spread malicious disinformation against China on the Ukraine issue,” the Chinese embassy in London told Reuters in a statement.
“China has been playing a constructive role in promoting peace talks,” it added.
“The top priority now is to ease the situation, instead of adding fuel to the fire, and work for diplomatic settlement rather than further escalate the situation.”
Several US officials said Russia had asked China for military equipment after its February 24 invasion of Ukraine, sparking concern in the White House that Beijing might undermine Western efforts to help Ukrainian forces defend their country.
The Kremlin denied any such request had been made.