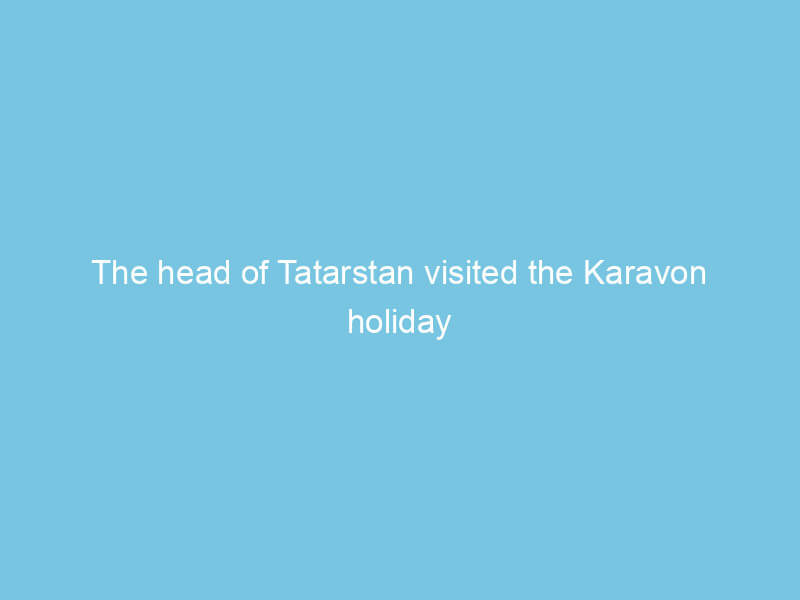 The head of Tatarstan Rustam Minnikhanov visited the Russian folk festival Karavon, which is traditionally held in the village of Nikolskoye, Laishevsky district of the republic. This was reported on May 28 by Tatarstan 24 .

On Saturday, the holiday was held for the 30th time.

The head of the republic greeted the guests of the festival and noted that for 30 years Karavon has become a recognizable brand of Tatarstan and it is from it that the start of national holidays in the republic begins. It is followed by Mari, Chuvash and holidays of other peoples.
“I want to thank the initiative group for the fact that in our republic we preserve the historical, cultural traditions and heritage of all the peoples of our country. Of course, Russian culture is the foundation of our country,” Minnikhanov said.

During the festivities, folk games, performances by masters of traditional Russian martial arts, master classes in art crafts, performances and concerts were organized.

Earlier in May , the politician visited an exhibition in the State Duma in honor of the 1100th anniversary of the adoption of Islam. He noted that last year the reconstructed Cathedral of the Kazan Icon of the Mother of God was opened in the republic, and this year it is planned to lay the foundation of the Cathedral Mosque.